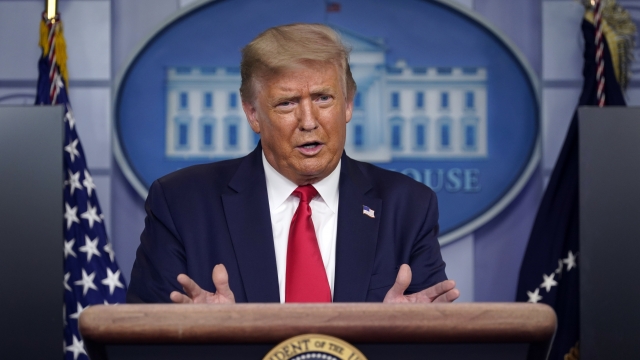 The Trump Administration asked the FCC to intervene after Twitter put warning labels on two of his tweets for being misleading.

President Donald Trump is continuing with his plan to roll back protections for social media companies.

The FCC now has to decide if it agrees if the 1996 Communications Decency Act needs clarification — part of which allows internet companies to moderate content without fear of being sued.

President Trump said Twitter was "stifling free speech" in May after Twitter put warnings on two of his tweets for being misleading about mail-in voting.

Secretary of Commerce Wilbur Ross said Monday of the filing with the FCC that "President Trump is committed to protecting the rights of all Americans to express their views and not face unjustified restrictions or selective censorship from a handful of powerful companies."

An industry spokesman said the Trump administration is trying to make the FCC into a kind of “Ministry of Truth" to pressure social media companies into supporting the president and conservative ideas. The FCC says it will carefully review the petition.