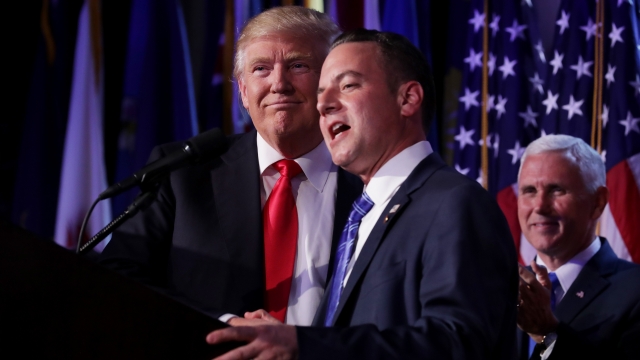 The U.S. intelligence community appears to be in agreement on Russia's involvement in the 2016 presidential election.

But Donald Trump's incoming chief of staff says the president-elect needs the evidence.

"I think he would accept the conclusion if these intelligence professionals would get together, put out a report, show the American people that they're actually on the same page, as opposed to third parties," RNC Chair Reince Priebus told Chris Wallace on Fox News Sunday.

A message from Brennan circulated after those meetings, according to The Washington Post. The message reportedly said there was a "strong consensus on the scope, nature and intent of Russian interference in our presidential election."

But there still hasn't been an official release or statement outlining evidence connecting Russia to the DNC hacks or outlining the Kremlin's motives in interfering with the election.

This uncertainty and secrecy led lawmakers, including some Trump supporters, to demand a briefing on Russia's motives and influence. But so far, those demands haven't been met.

Officials have also said Electoral College members would not get a briefing on the scope of the hacks before casting their ballots on Dec.19.

Trump claims Russia had no hand in his victory, though he personally called for Russia to find and release Hillary Clinton's emails. His campaign also made a point of focusing on that leaked information.

SEE MORE: Senate Recess Could Be Good News For Exxon Mobil (And Russia)

While intelligence officials agree Russia was involved in election hacks, they haven't released a definitive motive. But Clinton reportedly told a group of top fundraisers she believes Russia's interference was revenge — a way for Putin to get back at her for for instigating protests against his re-election in 2011.

Even if the FBI and CIA were to release evidence on the full scope of Russia's actions, it's unclear just how much Trump would trust it.

The president-elect has recently received criticism for skipping daily intelligence briefings. He's said before he doesn't trust intelligence information from the current administration.

But while Trump may not buy into the intelligence, President Barack Obama has taken it seriously. In a news conference, Obama said Moscow would see and feel the U.S. retaliation for its interference, even if the public does not.