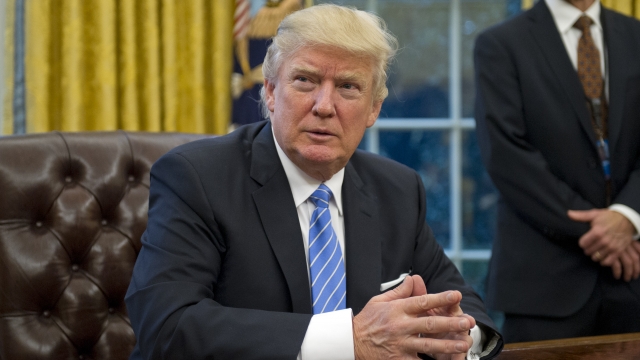 He also called Obama a "bad (or sick) guy" and compared the alleged wiretapping to McCarthyism and former President Richard Nixon's Watergate scandal.

That allegation follows a rocky week for Trump. His first address to Congress, considered a success by many in his administration, was quickly overshadowed by a scandal involving past meetings between Attorney General Jeff Sessions and a Russian ambassador.

Trump didn't say where he got his information, but some suggest the commander in chief based his accusations off comments from a conservative radio show host and a follow-up report from far-right conservative outlet Breitbart News.

Levin and Breitbart both point to an October report from The New York Times that said U.S. intelligence officials were investigating a possible connection between a Trump Tower server and a Russian bank.

Trump's campaign and administration have continued to face reported ties to Russia; intelligence officials concluded the country tried to interfere with the U.S. election.

Trump's national security adviser Michael Flynn resigned last month in connection with his meetings with a Russian ambassador during the campaign.

Sessions recently agreed to recuse himself from any investigation involving the Trump campaign's ties to Russia after it was disclosed he met with that same ambassador.