True Story: Nate Parker And This College Got Famous Together 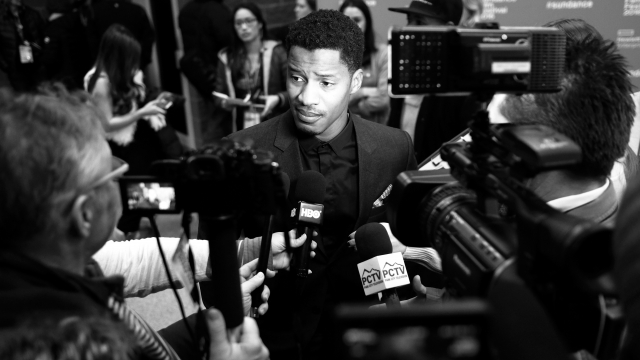 SMS
True Story: Nate Parker And This College Got Famous Together
By Jamal Andress
By Jamal Andress
March 22, 2016
It's been about 10 years since Parker's breakout role in "The Great Debaters." Now, he's giving back to the college and debate team that helped him.
SHOW TRANSCRIPT

Back in 2007, actor and director Nate Parker had his breakout role in "The Great Debaters," which tells the story of the Wiley College debate team.

"Or do you ask his baby sister with her belly swollen from hunger if he cares about her daddy's work ethic," said a character in the film.

Now, nearly 10 years later, Parker is giving back to the school whose historic team helped launch his career.

On March 19, Wiley College announced the Nate Parker School of Film and Drama. The new school is set to launch at the East Texas historically black college in fall 2016.

While this film-school venture is new, Parker's relationship with Wiley isn't.

"If I didn't believe in Wiley, I wouldn't be sitting here," he said.

Despite never attending the school, Parker is on the board of trustees and has been involved with the college since filming "The Great Debaters."

Parker even got the school's a cappella choir to work on the soundtrack for his new, highly anticipated film "Birth of a Nation."

Oh, and just to bring all of this full circle, over the weekend the current Wiley College debate team won a national tournament. Safe to say it's been a solid week for Wiley.