True/False: What It Takes To Program A Diverse, Inclusive Film Fest 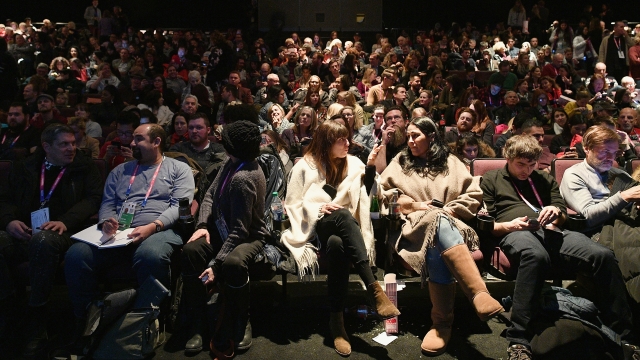 SMS
True/False: What It Takes To Program A Diverse, Inclusive Film Fest
By Casey Mendoza
By Casey Mendoza
February 28, 2019
Newsy talked with some programmers of the 2019 True/False Film Fest to learn about making film festivals more inclusive and diverse.
SHOW TRANSCRIPT

"How you watch movies is greatly impacted by who you are, how you were raised, what your experiences are in life. Everyone's going to have a different response to every sort of movie. And so I think for us, a lot of the conversations that we're having are just about being very honest about who you are and where you're coming from in your life and allowing that and realizing your blind spots as a viewer to be a part of the conversation."

Planning the program of a film festival is a lot more than just picking out your favorite movies. The work takes many conversations, a heavy amount of introspection, a knowledge of who your audience is and a consideration of who your filmmakers are.

"Because we are programming nonfiction films, which are supposed to have some sort of relationship with reality, it's really important to me, then, that what we program is also a reflection of reality. And that means being really conscious about what we're programming, and the directors and the filmmakers that are making the films that we're programming."

This effort to be conscious about where films are coming from and who directed them started when Abby Sun — who also has a background in statistics — joined True/False's programming team in 2016. But knowing and tracking demographics is still just half the battle toward a more realistic, diverse and inclusive lineup.

"A lot of festivals really set information in the kind of way in which they're patting themselves on the back for these statistics. And we're just doing it because we want to be transparent about it, not because we're proud, necessarily, of what those numbers are. And in a lot of ways, they clearly need work." "Yeah." "We recognize that, but you can't, you know, grow if you aren't paying attention to numbers.""Exactly. So, that's why we have statistics such as not only the amount of films directed and co-directed by women, but also the percentage of films co-directed or directed by men. Because I think it reveals even if you do reach, quote-unquote, gender parity, quite a few films are directed by a male and a female couple. And it does mean, for instance, even when you're getting very close to gender parity in terms of directors and filmmakers, that the majority of films are still directed or co-directed by men. That's just food for thought."

Along with True/False, festivals like Cannes, Locarno and Sundance are instituting their own systems to be more mindful in their programming. Helmed by programming director Kim Yutani, the 2019 Sundance Film Festival also partnered with the University of Southern California's Annenberg Inclusion Initiative, which regularly publishes data on the demographics of the entertainment industry. This year's festival was the first to reach gender parity in the U.S. Dramatic Feature Competition.

"I have to give a lot of credit from, like, myself to colleagues at other film festivals who are also younger and who come into programming from kind of nontraditional paths, whether they've had another career beforehand. I think there's just a lot — I think, essentially, diversity and inclusion efforts are starting to work. Not saying that the work is done or that improvement can't or shouldn't be made, but I do think that now that there are more voices at the table at film festivals, production companies, working within distribution companies, exhibitors, etc., etc. I do think that more and more people are pushing for conscientiousness in this way. So I think that's a great thing."