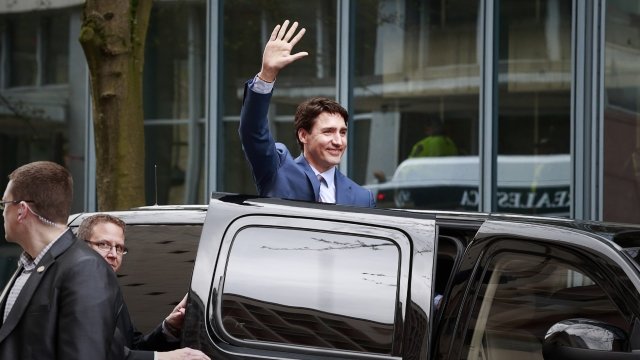 According to Trudeau, Pence said President Donald Trump would only meet with Trudeau to discuss finalizing the deal as long as a five-year sunset clause was added to the agreement.

After hearing that precondition, Trudeau told reporters Thursday he scrapped a planned trip to Washington, D.C. He made the comment while speaking about the Canadian response to U.S. tariffs on steel and aluminum imports.

Trump's been pretty vocal about his opposition to NAFTA. And he's repeatedly threatened to withdraw from the trade agreement unless a "fair" deal can be reached.

He reiterated that in a statement released late Thursday: "The United States has been taken advantage of for many decades on trade. Those days are over. ... The United State (sic) will agree to a fair deal, or there will be no deal at all."

A White House official told The Hill that it plans to continue pursuing negotiations with Canada and Mexico over NAFTA and that it had just wanted "clarity" on the sunset clause issue before Trudeau met with Trump.