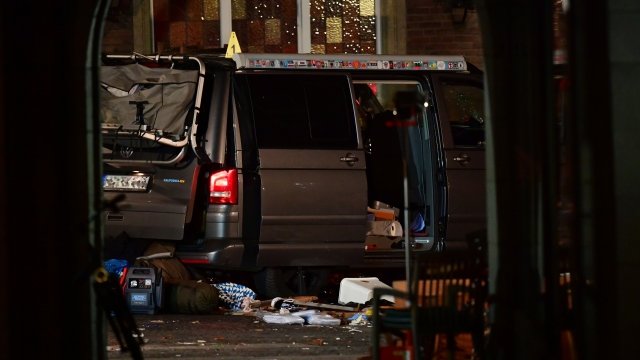 SMS
German Police Knew Of The Driver Who Crashed Into A Crowd In Muenster
By Ethan Weston
By Ethan Weston
April 7, 2018
Police still aren't sure of the driver's motive.
SHOW TRANSCRIPT

Authorities in Muenster, Germany, say the driver who crashed into a crowd of people Saturday was well-known to police.

A German prosecutor said the man had run-ins with police regarding property damage, fraud and a hit-and-run, but all charges were dismissed each time.

Authorities say they "have no indications that there is a political background" to the crash, though, and they're still not certain about a motive.

The crash killed two people, and the driver killed himself not long after. Some of the 20 people injured in the crash are still in life-threatening condition.