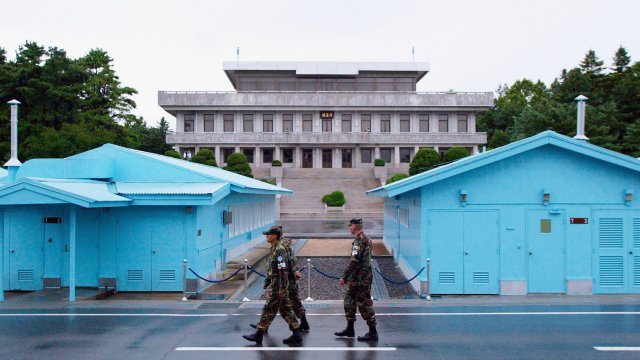 The leaders for North and South Korea are holding their first face-to-face meeting right at the border of the two countries. Luckily, a diplomatic village is already in place for them.

The Joint Security Area was established in 1953 at Panmunjom, the village where the armistice that froze the Korean War was signed. It sits squarely on the technical border between North and South Korea and is patrolled by troops from both sides of the conflict.

The area is technically under United Nations control, but after a North Korean ax attack in 1976, everyone sticks to their own side. A row of six buildings — three North Korean, three United Nations — straddle the border and provide a venue for the two groups to peacefully meet. 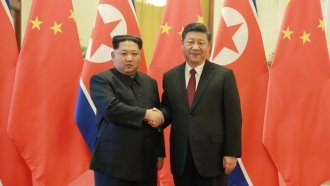 North Korea Might Be Mending Fences With China Before US Summit

The village is typically where diplomats from the North and South hold talks: Preparations for the recent North-South summit were hashed out in a meeting on the northern side of the village.

The actual summit is slated to happen at the Peace House on Panmunjom's south side. Technically, this will make North Korean head Kim Jong-un the first leader from his country to cross the border into South Korean territory.

North and South Korea have had exactly two leader summits before this, in 2000 and 2007. Both of those were in the North Korean capital Pyongyang.