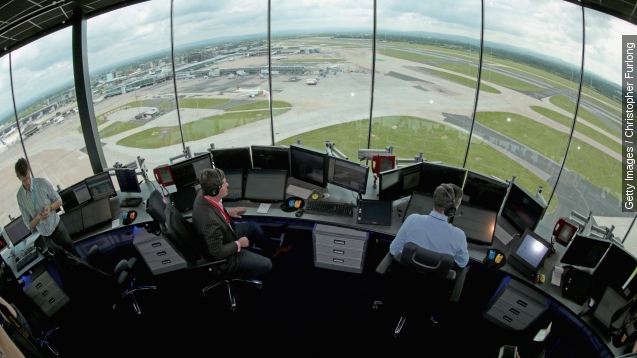 Drowsiness is a common problem among air traffic controllers, according to a NASA report.

The massive caveat? The report is almost three years old.

It's making headlines now because the FAA only released it after the Associated Press got its hands on a draft, and the statistics were pretty worrying. (Video via CNN)

On average, controllers working the midnight shift got just 3.25 hours of sleep before their shifts; 70 percent of those night-shift controllers reported almost dozing off; and more than half of the responders who reported operational errors said fatigue was a contributing factor.

But with each problem NASA identifies in the report, the Federal Aviation Administration has included actions it's taken that it says will address the issues. (Video via U.S. Trade and Development Agency)

For that 70-percent drowsiness problem, the FAA implemented "revised watch schedules, recuperative breaks, and a self-declaration of fatigue policy."

Still, some of the stories about the report have accused the FAA of burying it. Other stories have buried the fact that the report is almost three years old.

"If you're about to jump on a plane this morning you might find this next story troubling, okay?" Matt Lauer said on the "Today" show.

The study was based on responses from 3,268 air traffic controllers who completed the online fatigue survey in 2010. (Video via Smithsonian)