Tropical Storm Newton Is Headed For The US After Battering Mexico 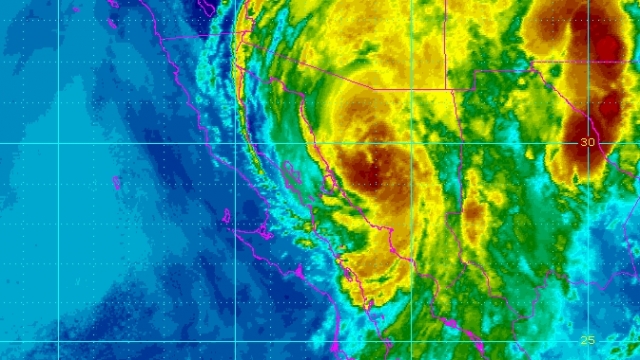 SMS
Tropical Storm Newton Is Headed For The US After Battering Mexico
By Briana Koeneman
By Briana Koeneman
September 7, 2016
Newton made landfall in Mexico not once, but twice. And Arizona and New Mexico are next.
SHOW TRANSCRIPT

A deadly tropical storm system made landfall in Mexico for the second time on Wednesday as it made its way toward the U.S. border.

At least two people died, and three more went missing after their shrimp boat capsized in the Gulf of California during the storm.

It wasn't long before Newton was ready for round two. It made landfall again on Mexico's mainland near Bahia Kino early Wednesday morning, packing 70 mph winds.

From there, Newton weakened to a tropical storm. And its sights are set on Arizona and New Mexico next.

Forecasters expect the storm to dump heavy rain on both areas. And if it keeps its tropical storm status all the way to Arizona, it will be only the sixth storm on record to do so.

The National Weather service issued flash flood warnings Wednesday for southern Arizona, New Mexico and parts of Texas. The storm is expected to bring heavy rain, and some areas might see up to 5 inches during the downpour.