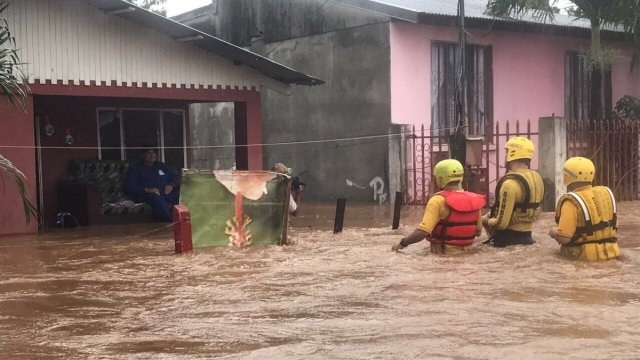 Another potentially deadly storm is moving toward the U.S.

Nate is expected to gain strength as it churns through the Gulf of Mexico. And forecasters predict it will become a Category 1 hurricane when it reaches the U.S. Gulf Coast this weekend.

Parts of the Louisiana, Mississippi and Alabama coastlines are already under tropical storm and hurricane watches.

Nate isn't currently projected to directly hit Texas or Florida, where residents are still recovering from hurricanes Harvey and Irma. But officials aren't taking any chances.

Florida Gov. Rick Scott declared a state of emergency for 29 counties Thursday and urged residents to be prepared in case the storm's projected track shifts.

Experts thought this year's hurricane season would be especially dangerous. And so far, some of the strongest storms ever recorded have hit the Caribbean and the U.S. in just a few weeks.

But according to data from the National Oceanic and Atmospheric Administration, a spike in hurricane activity in August, September and October isn't unsual.