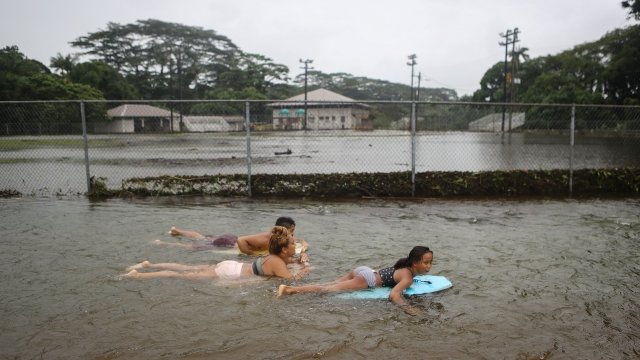 Hurricane Lane was downgraded to a tropical storm over the weekend, but not before it drenched parts of Hawaii with more than 4 feet of rain. Additional storms are expected to push rain totals to record highs. And all that rain comes with a variety of public health problems.

Hawaii's schools and roads are reopening as floodwaters recede. But health officials are warning residents to steer clear of the water for now, since it could still be contaminated from the storm. The standing water can be a petri dish for bacteria or a hotbed for mosquitoes. In the next few days, Hawaiians could face higher risks of dehydration, exhaustion and infection. 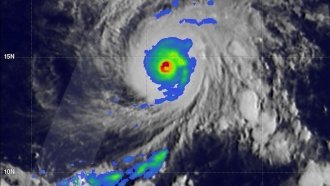 In the long term, studies show more people in areas hit by natural disasters were hospitalized for mental health cases like psychosis or mood disorders. After Hurricane Maria, Puerto Rico's Health Department saw suicide rates rise by nearly 30 percent. And it's not just adults. Researchers say children who go through evacuations or life-threatening events during a storm can develop longer bouts of anxiety or depression.

It's a team effort between government, businesses and nonprofits to combat these health issues. Their main strategy to date: preparedness. For example, days before then-Hurricane Lane was projected to soak Hawaii, the military and Red Cross deployed hundreds of staff and mental health workers to the state so they would be ready in the aftermath. Local hospitals brought in more staff and postponed elective surgeries.

Another priority is getting any damaged medical facilities open again. That can include waiving certain regulations, for example, to get a clinic up and operational.

The National Hurricane Center is now watching Tropical Storm Miriam, which formed east of Hawaii over the weekend. It's expected to move north and avoid the islands.