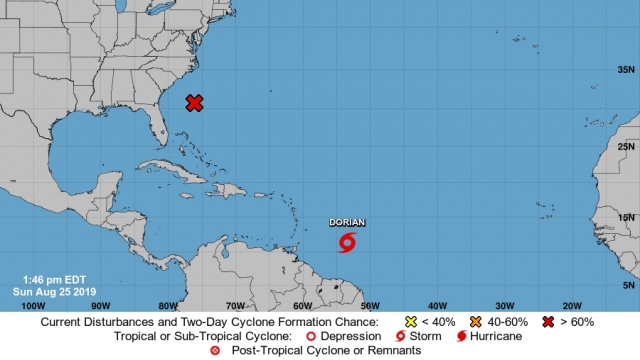 Within a few days, Tropical Storm Dorian could develop into a Category 1 hurricane.

Dorian is currently headed toward the Lesser Antilles and Puerto Rico with maximum sustained winds of nearly 40 mph. Storm watchers said winds could reach between 74 and 95 mph just overnight.

This would be the first major tropical storm to hit Puerto Rico after the island was devastated by Hurricane Maria in 2017. The island is still recovering from the damage.

The island of Barbados is also under a tropical storm watch, meaning storm conditions are possible within 48 hours.

Dorian is the fourth named storm for this hurricane season.