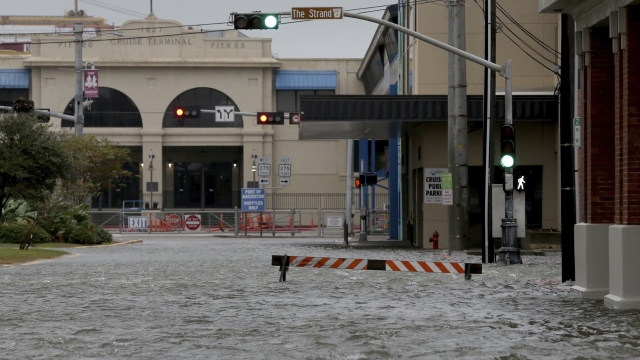 Showers and thunderstorms are affecting portions of Louisiana and Texas ahead of Tropical Storm Beta. Storm surge warnings are also in effect as Texas braces for the storm to make landfall later Monday.

Winds are being clocked at about 45 miles per hour by the National Hurricane Center and tornado warnings have been issued for the Galveston area of Texas.

While the storm is not expected to strengthen into a hurricane this week, thanks to dry air, officials say Beta is still a threat to the coast as well as inland. Around four inches of rain is expected to drench Houston.

If Beta makes landfall in Texas, it would be the ninth named storm to make landfall in the continental U.S. in 2020.