'Trolls': The Musically Comedic Duo We Didn't Know We Needed 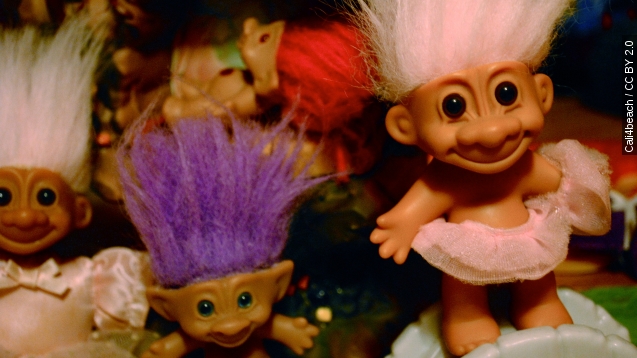 SMS
'Trolls': The Musically Comedic Duo We Didn't Know We Needed
By Lexie Hammesfahr
By Lexie Hammesfahr
September 16, 2015
Justin Timberlake is officially joining Anna Kendrick in the new animated comedy "Trolls." This is the pairing we didn't know we needed.
SHOW TRANSCRIPT

He will star alongside Anna Kendrick as two trolls based off those plastic troll dolls with the bright, crazy hair that anyone from the 1990s or earlier grew up with.

So basically, this is the comedic duo we didn't know we needed. Oh, and did we mention it's a comedy musical?

"Shawty, get down. Good lord," she sings.

"Bring it on down to 'SNL,'" Timberlake and Jimmy Fallon sing at the "Saturday Night Live" 40th Anniversary Special.

Okay, so we know they can sing. But they can also deliver a solid punch line. Kendrick is actually a comedian.

"I mean, I'm hot. But like approachable hot. Like the hottest girl in your improv class hot," she said in a 2014 Super Bowl commercial for New Castle beer.

"You have a lot of glitter on your hat, is that intentional?" she asks in a Kate Spade ad.

But JT has definitely proven he can bring the laughs, too.

"Justin, why are you sneezing?," Jimmy Fallon asked.

Plus — and this might be the most important part — they both crush it on the big screen.

"If this is how you behave as a prince, what kind of king will you be?," Kendrick asks in "Into the Woods."

And if any of you are still doubting this perfect matchup, remember one thing: Kendrick was actually called a troll in "Pitch Perfect 2."

"You are physically flawless," Kendrick replies.

This video includes images from Getty Images and Cali4Beach / CC BY 2.0.