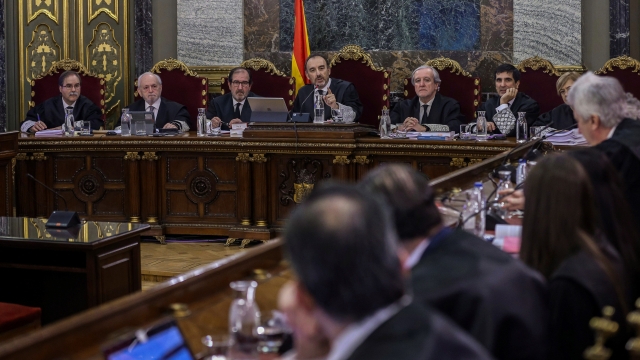 The long-awaited trial of the leaders of the Catalan independence movement is underway.

The 12 Catalan separatists appeared before Spain's Supreme Court in Madrid on Tuesday. They're facing several criminal charges, including rebellion and sedition, for their roles in staging an independence referendum in October 2017.

Spain deemed that referendum illegal, but the Catalan regional government went ahead with it anyway. The vast majority of voters said they were in favor of breaking from Spain, and the regional parliament declared Catalonia's independence.

The Catalan separatists' trial is expected to last at least three months. If convicted, they could face up to 25 years behind bars.