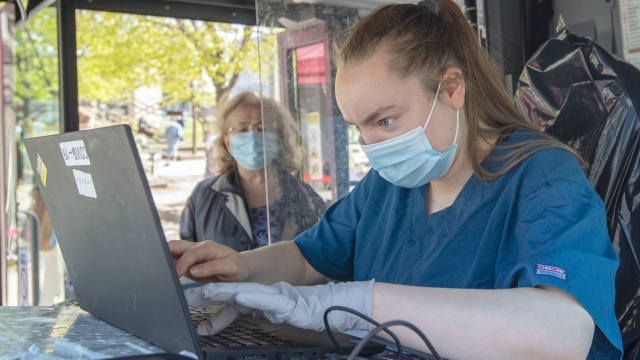 By Bailey Vogt
May 23, 2020
The NIH says the drug cut the recovery time of patients by four days when compared to patients receiving a placebo
SHOW TRANSCRIPT

The NIH says the drug cut the recovery time of patients by four days when compared to patients receiving a placebo, according to a study published in the New England Journal of Medicine.

The study found the drug helped people who were hospitalized with breathing difficulties and needed "supplemental oxygen therapy" but not ventilation. However, the study added that 7% of people taking remdesivir in the trial died.

That's an improvement compared to 12% of trial participants who died while on the placebo. But the NIH said it shows remdesivir "alone is not likely to be sufficient," calling for further research to test complimentary treatment options.

Researchers said the study also showed starting treatment as soon as possible is the best way to fight the virus.

The Gilead Sciences' drug has gone through several drug trials with moderate success in the past.