Tree Planted By Trump And Macron Reportedly Died In Quarantine 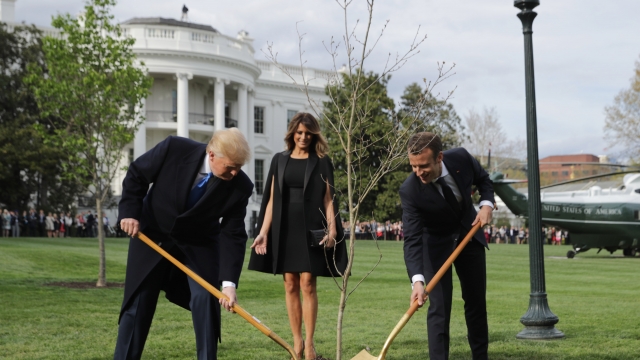 SMS
Tree Planted By Trump And Macron Reportedly Died In Quarantine
By Katherine Biek
By Katherine Biek
June 11, 2019
The French president gifted the oak sapling to President Trump as a symbol of friendship during his 2018 state visit.
SHOW TRANSCRIPT

Macron gifted the oak sapling to the U.S. commander in chief as a symbol of friendship during his state visit in April 2018. The tree came from a forest in France where American soldiers fought a battle during World War I.

But just days after the two leaders planted the tree on the White House's south lawn, it was dug up so it could be placed into quarantine.

As Newsy previously reported, U.S. Customs and Border Protection requires that some plants brought into the U.S. be quarantined to prevent the spread of parasites and diseases.

The plan was for the tree to be eventually replanted, but a diplomatic source told news outlets that the plant died while in quarantine.

The two leaders saw each other last week when President Trump was in France to commemorate the 75th anniversary of D-Day. Afterward, they were said to have held a "positive, constructive meeting" on a number of topics, including Iran and world trade.