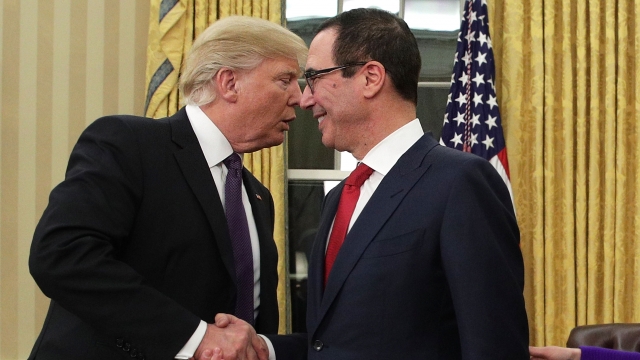 The Treasury Department's internal watchdog is investigating the department's handling of a congressional request for President Donald Trump's tax returns.

On Friday, the Treasury's acting inspector general said the office will look into an inquiry requested by House Ways and Means Committee Chairman Richard Neal. Neal sent a letter to the Treasury on Monday asking it to look in to whether the department and the IRS are "enforcing the law in a fair and impartial manner and no one is endeavoring to intimidate or impede government officials and employees carrying out their duties."

Earlier this year, Neal requested that the IRS give the committee both President Trump's personal and business tax returns from the last six years. But Treasury Secretary Steven Mnuchin refused to comply and rejected the committee's subsequent subpoena. The committee filed suit against the Treasury Department and the IRS shortly after.