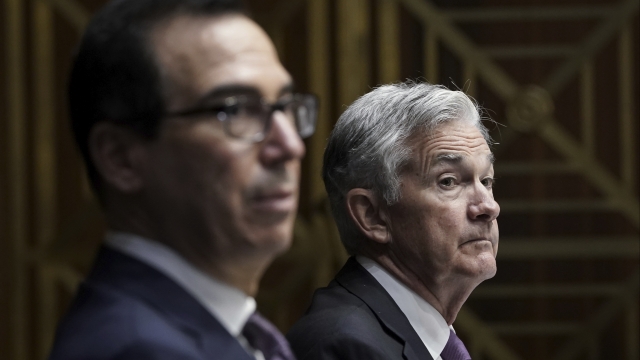 SMS
Treasury Department Ending Several Federal Reserve Lending Programs
By Bailey Vogt
By Bailey Vogt
November 21, 2020
In a letter to Fed Chairman Jerome Powell, Mnuchin said the programs have "achieved their objective" and asked for over $450 million to be returned.
SHOW TRANSCRIPT

In a letter to Fed Chairman Jerome Powell, Mnuchin said the programs have "achieved their objective" and asked for over $450 billion to be returned to the treasury.

Mnuchin is letting several programs set up by the CARES Act in March expire at the year's end. The programs have helped keep U.S. businesses open as the pandemic continues to hamper the economy.

Shortly after Mnuchin's letter, The Fed protested in a statement that it "would prefer that the full suite of emergency facilities established during the coronavirus pandemic continue to serve their important role as a backstop for our still-strained and vulnerable economy."

Mnuchin has denied ending the programs as a political maneuver. He said the Fed could request money for the programs again in the "unlikely" event they need to be reinstated.