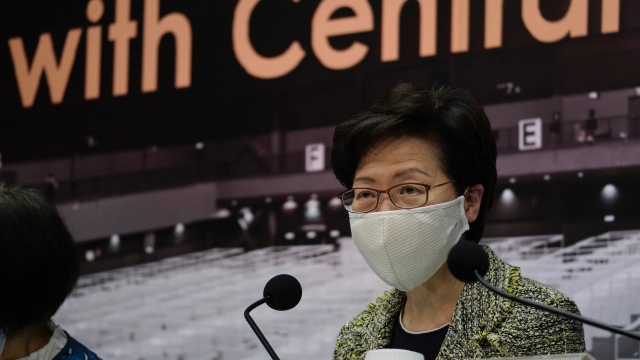 The U.S. Treasury Department is imposing sanctions on officials in China and Hong Kong for undermining Hong Kong's "autonomy and restricting [citizens'] freedom of expression." Hong Kong's leader Carrie Lam is among those sanctioned.

The sanctions are a response to China's national security law aimed at limiting secessionist activity in Hong Kong.

The Treasury Department said that law "not only undermined Hong Kong's autonomy" but also "infringed on the rights of people in Hong Kong ... setting the groundwork for censorship of any individuals or outlets that are deemed unfriendly to China."

It said last year, Lam pushed to allow extraditions to mainland China, which set off a series of massive, and sometimes violent, protests.

The individuals sanctioned won't be able to access some of their property and interests that are in the U.S.