Treasury Department May Extend Tax Deadline Due To Coronavirus 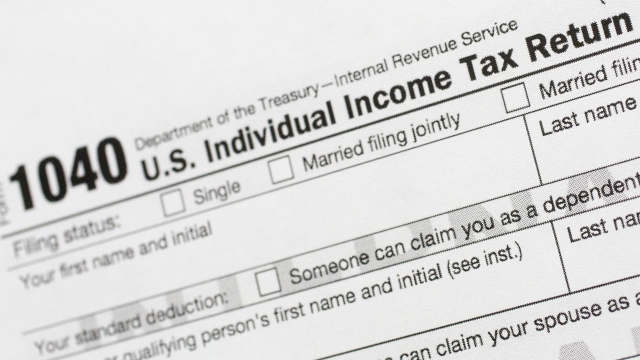 The Trump administration is considering extending the April 15 tax deadline in light of the coronavirus outbreak.

Treasury Secretary Steve Mnuchin said an extension would help "small and medium-sized businesses" and "hard-working individuals" affected by the virus. He said it would apply "to virtually all Americans, other than the super rich."

Mnuchin also said it would put over $200 billion back into the economy, which has suffered amid the outbreak. And he said Wednesday the Treasury Department does not need congressional approval to do it.

In the past, the IRS has granted extensions to taxpayers in areas affected by natural disasters. If the deadline is extended, officials say taxpayers won't have to pay interest or face late fees. It's unclear what the new deadline would be or who would qualify.

The news comes after House Democrats sent a letter to the IRS commissioner asking for an update on the impact of the coronavirus on the tax return filing season. They said they were concerned about the ability of the IRS to provide taxpayer assistance and process returns, and they asked whether the filing deadline should be extended.