Nearby Exoplanets Appear To Be Pretty Rich In Water 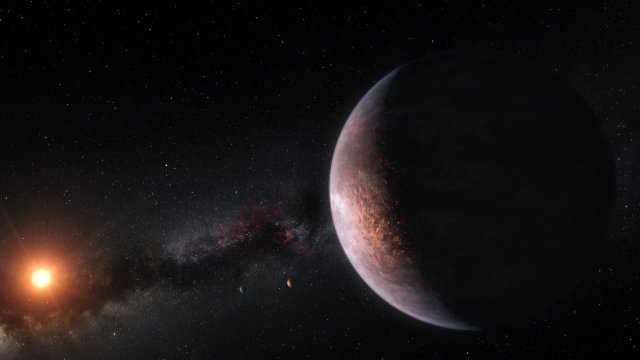 SMS
Nearby Exoplanets Appear To Be Pretty Rich In Water
By Ethan Weston
By Ethan Weston
February 5, 2018
The planets were discovered just last year, but they're already the second-most studied star system out there after our own.
SHOW TRANSCRIPT

Just 40 light-years away are seven planets, and those planets have the potential to be habitable.

The planets were discovered last year, but thanks to new studies published Monday, they're already the second-most studied star system after our own.

For starters, they're all rocky — no gas giants there. And the data suggests five of the planets have atmospheres that could be comparable to Earth or Venus.

More exciting, though, is the fact that water could make up 5 percent of some of the planets' mass — that's 250 times more water than in our oceans.

Now, what form that water takes depends on where the planets are in the solar system. Closer to the star means it'd be vaporous, elsewhere it'd probably be locked away in ice. But more in-depth observations will be needed to know for sure.