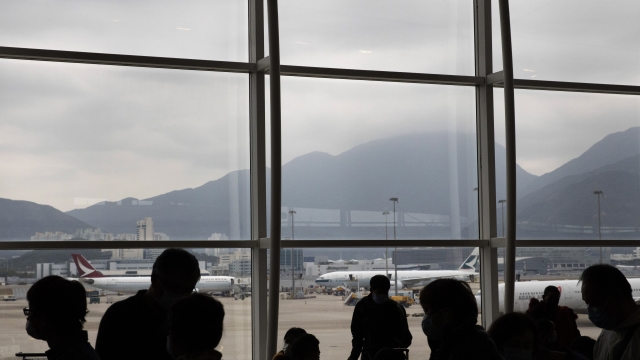 The Trump administration will soon bar Chinese airlines from flying to the U.S.

The Transportation Department said Wednesday the move is in response to the Chinese government's "failure" to let U.S. carriers resume flights to the country. It said Beijing had yet to approve requests from United Airlines and Delta Air Lines to continue passenger service this month, despite Chinese carriers operating between the two countries. The Transportation Department says that's a violation of the U.S.-China Air Transport Agreement.

The department said the order will take effect by June 16 unless President Donald Trump decides to enact it sooner.

A Delta spokesperson said the company "appreciate[s] the U.S. government's actions to enforce [its] rights and ensure fairness," while a spokesperson for United said it "look[s] forward to resuming passenger service between the United States and China" once it's allowed to do so.