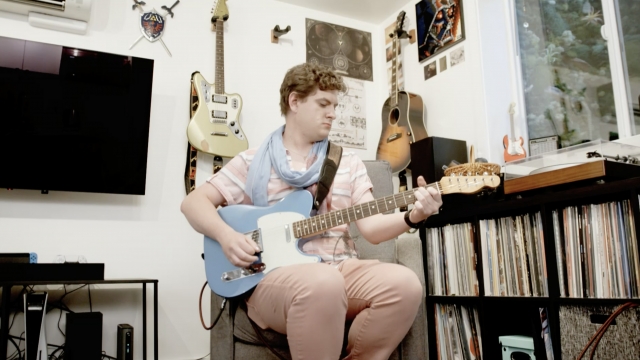 The Evergreen State: Washington is nicknamed for its abundant evergreen forests. But critics say what the state has in abundance with trees, it's lacking when it comes to quality mental health care.

"I was receiving help, but it was not good help," she said. "I think a lot of the providers I was seeing were not trained enough to deal with a complex situation like mine. And so, the help was just overmedicating me so I wouldn't feel anything."

Nearly 1 in 4 Washington state adults with a mental illness report an unmet need for treatment, according to the national nonprofit Mental Health America.

Newsy traveled to Bainbridge Island, which is 9 miles west of Seattle, to spend time with Smith.

"I am thriving in my life, and I am very excited to be able to share my story and spread awareness," she said.

Smith defines herself as transfeminine, or a transgender woman, which means a person whose sense of personal identity and gender does not correspond with their birth sex.

For years, she says, she suffered from a major state of depression.

"Being isolated I think, more than almost anything else, makes people depressed because we're social creatures," she said. "We need connection."

As a teenager, she started therapy and was placed on antidepressants but says it made things worse.

Later, she joined an in-patient program but says she did not have a good experience. 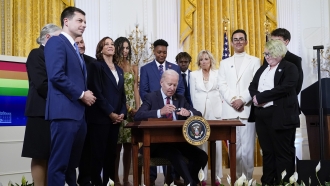 For a few years, she stopped treatment, but in November of last year — and after the end of an abusive 10-year relationship — she decided to look for help again.

"The level of care I needed was intensive outpatient," she said. "So, multiple therapy sessions a week and just getting a lot of help to get me out of a crisis. Washington state does not have a single intensive outpatient program that accepts state insurance. Therefore, we had to look outside."

For individuals who identify as transgender who are seeking care, there may be barriers, including a lack of insurance coverage, limited providers and stigma.

Dr. Ley Cray, director of LGBTQIA+ programming at Charlie Health, is a provider of virtual intensive outpatient treatments for people struggling with mental health. She says the situation is worse in the LGBTQIA+ community.

"We know that LGBTQ youth are more than four times as likely to attempt suicide than their peers," Cray said. "It's estimated that more than 1.8 million youth ages 13 to 24 seriously consider suicide each year."

NEWSY'S AXEL TURCIOS: Did you have suicidal thoughts?

JUDE SMITH: Oh, definitely. You know, I used to describe my mental health as a garden. So, there's different levels of soil. And one of the deep layers was this recurrent suicidal ideation that was always under the surface, you know?

"Charlie Health was designed to help youth across the nation who are in crisis ... meaning that they want to hurt themselves in some capacity or feel that they can't control their emotions," said Charlie Health Chief Clinical Officer & Co-Founder Dr. Caroline Fenkel. 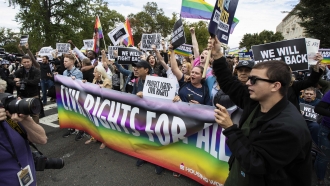 "A lot of providers working in good faith don't necessarily have the background of the training to work with these highly specialized populations and their particular needs," Cray said.

Smith says just a year ago she wouldn't have imagined speaking about any of this. But now, she finds herself in a different place — a better place — where she feels it's worth sharing her story to help others. And part of that is because of the strong support system she's had in her journey to healing.

"I feel happy," Smith's mother Terri Graham said. "I think it's been said before that she was living in black and white, or living more in black, and now she's living in color."

Smith is studying psychology. She dreams of a world free of stigma with more tolerance and more help for those who need it.

TURCIOS: If you had a teenager who's probably, you know, going through self-discovery at the moment, depression, to accept who they are, what would you tell them?

SMITH: Take your time, feel what you need to and find your people. ... When I'm alone, people misgender me. But, when my friends are very loud, and use "she" and "her" describing me, people get it. If you want to be out, you need allies. And honestly, people need to be better allies and more available for that.