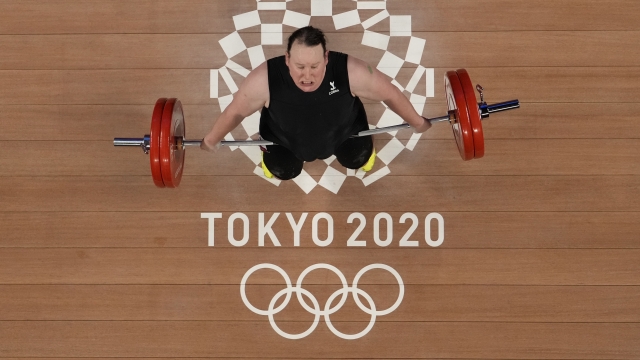 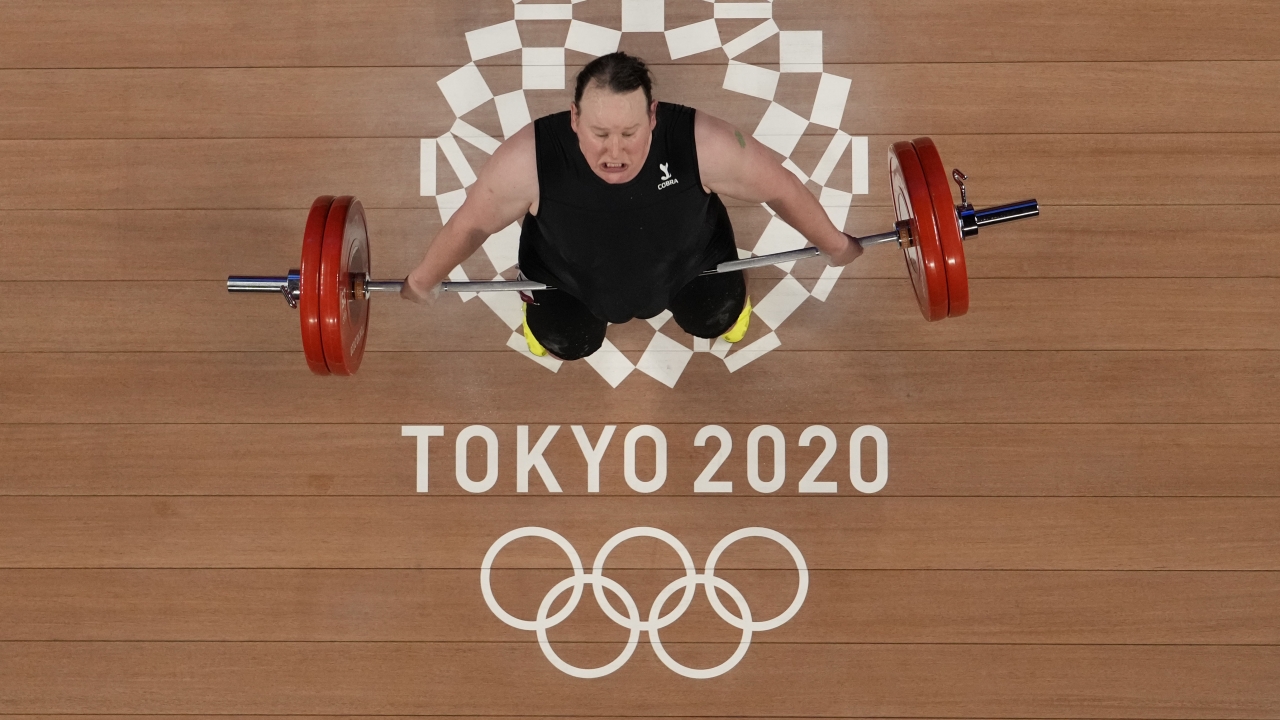 Transgender weightlifter Laurel Hubbard finally got to compete at the Tokyo Olympics.

It didn't last long, but it was significant. Hubbard couldn’t complete any of her first three lifts on Monday night, ruling her out of medal contention in the women’s over-87-kilogram division that ultimately was won by China's Li Wenwen.

Hubbard made a heart gesture to the audience with her hands before leaving the competition arena.

Even without completing a lift, she was a pioneer for transgender athletes.

While the New Zealander isn't the only transgender athlete competing at the Tokyo Games, she has been out for years and has been the focus of attention as a medal contender in weightlifting.

“Of course, I’m not entirely unaware of the controversy which surrounds my participation in these Games,” Hubbard said after exiting the competition. "And, as such, I’d particularly like to thank the IOC, for, I think, really affirming their commitment to the principles of Olympism, and establishing that sport is something for all people. It is inclusive. It is accessible.”

Hubbard also thanked the International Weightlifting Federation, because “they too have shown that weightlifting is an activity that’s open to all of the people in the world," and the people of Japan for hosting the Games under extraordinary circumstances during the COVID-19 pandemic.

Hubbard received applause and also applauded her fellow athletes when they were introduced on stage. Returning to compete, she took a moment to close her eyes, smile and take a deep breath. She overbalanced on her opening weight of 120 kilograms, taking the bar behind her shoulders.

Her second effort of 125 kilograms was ruled invalid on a majority decision by the referees. With New Zealand teammates and staff calling out encouragement, the third attempt was almost a repeat of the first.

Athletes are eliminated if they do not record at least one valid lift in each of the two parts of the competition.

Li's victory gave China its seventh gold medal in weightlifting at the Tokyo Games, and her rivals never got close. Li's total of 320 kilograms was 37 kilograms more than that of Emily Campbell, who became the first British woman to win a weightlifting medal.