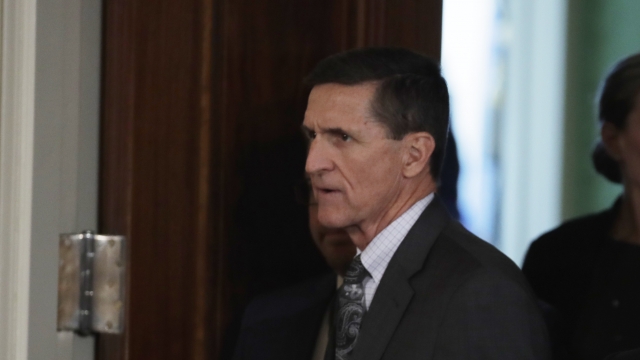 SMS
Transcripts Released Of Calls Between Flynn And Russian Diplomat
By Gage Jackson
By Gage Jackson
May 30, 2020
The new director of national intelligence declassified transcripts of calls between Michael Flynn and Russia's former ambassador to the U.S.
SHOW TRANSCRIPT

The new director of national intelligence has declassified transcripts of calls between former national security adviser Michael Flynn and Russia's former ambassador to the U.S.

John Ratcliffe released the 27 pages of transcripts Friday in response to bipartisan requests.

The documents show that in 2016 Flynn advised the Russian ambassador to take "reciprocal" actions after the Obama administration levied sanctions against Russia in response to election interference efforts.

President Trump later asked Flynn to resign because he had not been straightforward with Vice President Mike Pence about his conversation with the Russian ambassador.

In 2017, Flynn pleaded guilty to lying to the FBI about the conversation, and he was sentenced the following year. Then in May, the Justice Department said it was dropping the case after finding that the FBI's investigation did not have credible grounds. President Trump has long called for Flynn's exoneration and even considered a full pardon for him.

The district judge on the case has refused to dismiss the case.