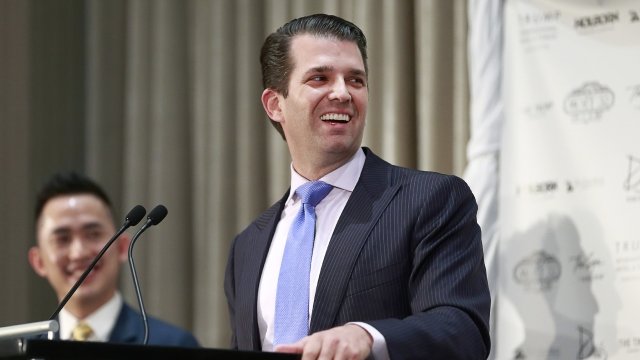 The Senate Judiciary Committee released thousands of pages of documents Wednesday related to its investigation of a controversial June 2016 Trump Tower meeting.

Here's a quick recap: Last year, Donald Trump Jr. admitted he took a meeting with a Russian lawyer during his father's campaign on the pretext of getting damaging information on Hillary Clinton. His brother-in-law, Jared Kushner, and his father's then-campaign manager, Paul Manafort, also attended the meeting.

The meeting became a focus of special counsel Robert Mueller's investigation into Russian meddling in the 2016 election, as well as several congressional panels pursuing their own investigations.

The Senate Judiciary Committee already wrapped up its investigation into the meeting, so it decided to release transcripts of closed-door interviews it conducted.

According to those transcripts, Trump Jr. told lawmakers that he did not discuss the meeting with his father before it happened, saying he "wouldn't bring him anything that's unsubstantiated."

Trump Jr. also said he did not know if his dad was involved in crafting his son's statement about the meeting. That statement said Trump Jr. originally took the meeting to talk about an adoption program for Russian children.

In a statement released Wednesday, Trump Jr. said the committee transcripts show he "answered every question asked" and that he was "candid and forthright."