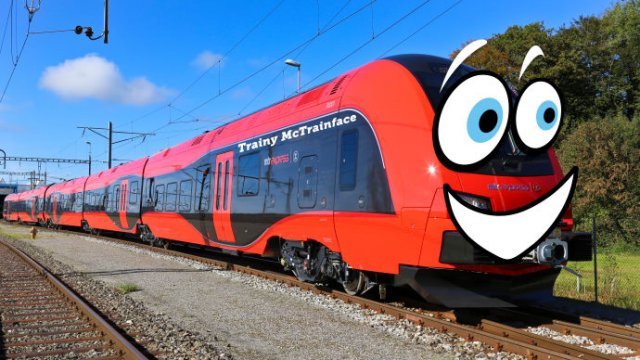 All aboard Trainy McTrainface, one of Sweden's newest railroad cars.

No, we're not kidding.

MTR Express connects Gothenburg, Sweden, and Stockholm, and it let the public vote to name some of its new trains.

Name choices for this round were Hakan, Miriam, Poseidon and Trainy McTrainface. Trainy took 49 percent of the vote. 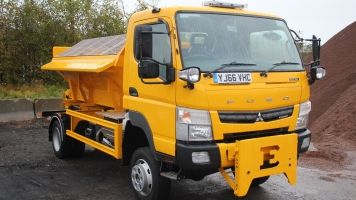 The moniker is a nod to Boaty McBoatface, the name the internet picked for a British research ship. But it was renamed to RRS Sir David Attenborough after officials said Boaty wasn't "suitable."

But the "Boaty" title was later given to an unmanned submarine that explored the Orkney Passage, a deep and narrow gap connecting Antarctic waters to the Atlantic Ocean.

Three other trains were recently named: Ingvar, Estelle and Glenn. Estelle is the daughter of Sweden's princess Victoria, and Ingvar Oldsberg is a Swedish celebrity. As for Glenn — there's apparently a running joke that everyone in Gothenburg is named Glenn.

Ingvar already had its naming celebration. The other three will get theirs in the fall.