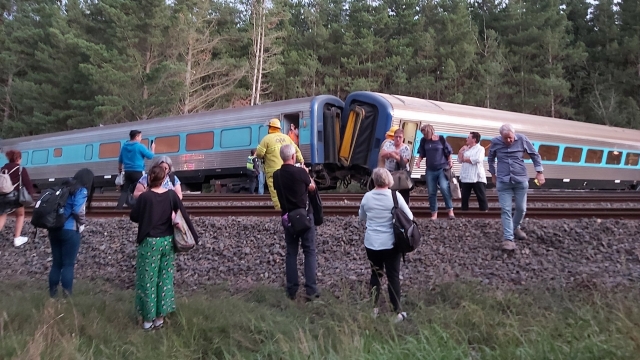 At least two people are dead after a train derailed about 30 miles outside of Melbourne, Australia.

Several passengers were injured in the incident, and one person had to be airlifted to the hospital. It's unclear what caused the derailment.

The train was traveling from Sydney to Melbourne with 160 passengers and five crew members on board when at least four train cars went off the tracks. The incident happened Thursday around 8 p.m. local time.

Australia's Deputy Prime Minister said Australia's transportation regulators "will conduct a full and thorough investigation to establish the cause of the incident."