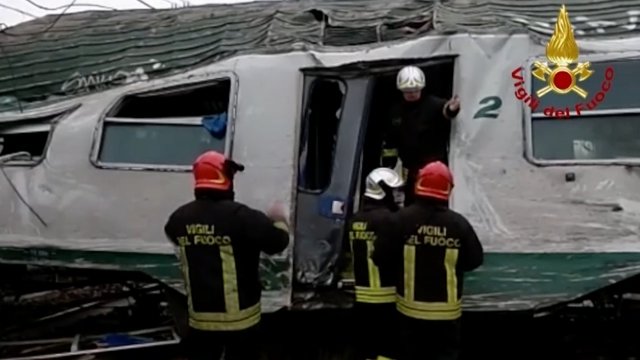 At least three people are dead and dozens injured after a train derailed during morning rush hour Thursday near Milan.

At least three people are dead and dozens injured after a train derailed near Milan during rush hour Thursday morning. The local fire department told CNN at least eight people are in critical condition.

The cause of the derailment was unknown as of Thursday morning, but officials said it may have had something to do with the track switch.

There were about 100 people on board the train at the time.

The managing director of Trenord, the train's operator, said "Our thoughts and condolences go first of all to the families of the victims."