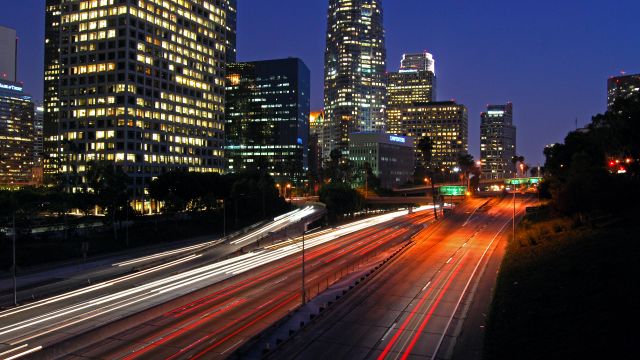 In the U.S., Los Angeles topped the annual traffic index released by navigation system company TomTom for a second year in a row.

Los Angeles traffic is the worst, and we've got bad news — it doesn't look like it's going to get any better.

In the U.S., LA topped the annual traffic index released by navigation system company TomTom for a second year in a row.

And things have supposedly gotten worse for infamous LA traffic. The TomTom rankings showed a 2-percent increase in congestion level from last year.

San Francisco and New York, which ranked second and third on the list, respectively, also saw 2-percent increases in congestion.

It's not until we get to No. 6, Honolulu, on the U.S. list that a city actually improved its congestion levels from last year.

Still, LA drivers should be a little thankful — things could be worse. LA ranked 10th in world rankings.

Mexico City took home the trophy nobody wants as having the worst traffic in the world. Bangkok, Istanbul, Rio de Janeiro and Moscow rounded out the top five world rankings.