Trade Talks With China 'Back On Track' After G-20 Meeting 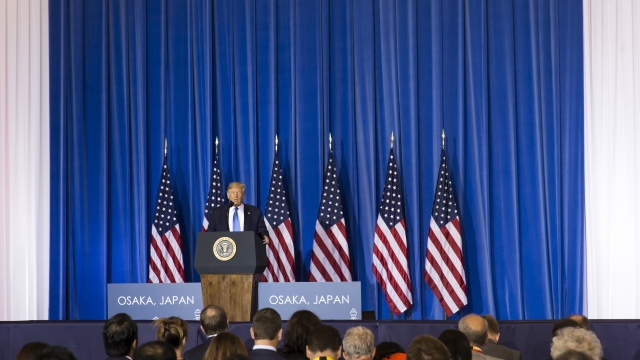 President Donald Trump said on Saturday, "We had a very good meeting with President Xi of China. Excellent. As good as it was going to be. We discussed a lot of things and we're right back on track. We'll see what happens."

President Trump says trade talks with China are resuming after he met with China's president at the Group of 20 Summit in Osaka, Japan.

President Trump said, "We want to do something that will even it up with respect to trade. I think it's something that's actually very easy to do. I actually think that we were very close, and then we, something happened where it slipped a little bit and now we're getting a little bit closer but it would be historic if we could do a fair trade deal - we're totally open to it."

The president also said he'd let U.S. companies continue selling to Chinese tech company Huawei, which is seen by many as a major compromise in a hostile trade war.

Chinese President Xi Jinping said both countries will be better off from the cooperation.