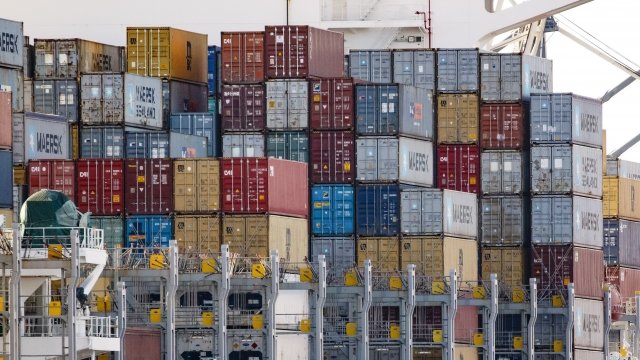 Which is better, free trade or protectionism? The answer: It depends.

The debate brings to mind President Truman's quip, "Give me a one-handed economist! All my economists say, 'On one hand, on the other.'"

So, in that spirit: "On one hand," if you are a steel plant worker who is out of a job because cheap foreign steel is flooding the U.S. market, protectionism probably looks good. "On the other hand," as a consumer, you might think free trade is a way to go if it means paying less for a foreign car or even a can of Coke. 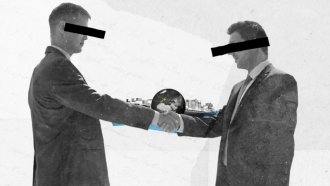 Those are micro examples: free trade vs. protectionist tariffs also brings up a macroeconomic issue: the trade balance. If the U.S. imports more goods and services than it exports, there is a trade deficit — something that President Trump frequently tweets about. On the other hand, if the U.S. exports more than it imports, there is a trade surplus.

Mr. Trump sees a dollar spent outside the U.S. as a dollar lost. But many economists, no matter how many hands they have, do not worry a lot about running a trade deficit. They argue that when Americans buy foreign goods — let's say from China — they pay with dollars. Those dollars eventually come back to the U.S. in the form of investments.

In 1922, the U.S. passed tariffs averaging 40 percent, and European countries retaliated. Then came Smoot-Hawley, hiking them by another 20 percent. Then came more retaliation. U.S. trade with Europe fell by about two-thirds and overall global trade declined by similar levels before the tariffs were reduced in 1934.

That extreme example would seem to argue for free trade. However, free trade can have downsides like trade deficits and job losses. A basic example: A shirt made in a country where labor is cheaper will sell for less in the U.S. than a domestic-made shirt. That means more shirts will be imported into the country than are exported out. And, before long, shirt manufacturers in the U.S. will lay off workers while foreign shirt plants will hire workers.

Where does public opinion come down on the debate cheap shirts or laid off workers? On one hand, on the other. Pew Research found that Americans' views of tariffs being imposed between the United States and some of its trading partners tilt more negative than positive.

Forty-nine percent say tariffs will be bad for the country, and 40 percent say they’ll help. Eleven percent say they don’t know. One thing’s for sure, the free trade vs. protectionism is not going away any time soon — if ever — and anyone who has all the answers usually doesn't.