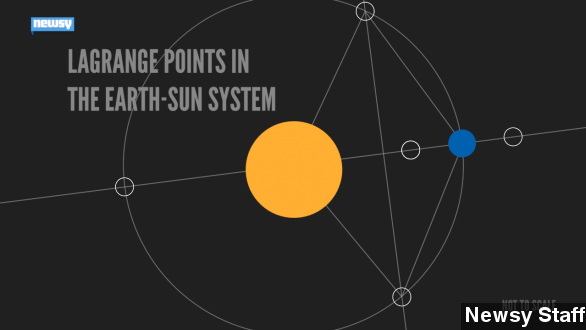 NASA is gearing up to launch its latest weather satellite. But instead of watching the weather on Earth, DSCOVR’s main target will be the wind from the sun.

DSCOVR, which stands for the Deep Space Climate Observatory, carries new instruments it will use to sample the solar wind and investigate how and why its charged particles keep their heat as they travel through space. (Video via NOAA)

That’s important for us Earthlings because the solar wind can and does affect the planet. Its activity gives us pretty things like the Aurora. More powerful gusts — such as solar flares — run the possibility of damaging our electronics. (Video via NASA)

Back in 1859, the fallout from a strong flare set telegraph offices on fire. These days we use a lot more than telegraphs, and it’s safe to say we don’t want the sun setting any of it on fire.

The more scientists know about how this wind behaves, the more warning we’ll have, and the better we can protect infrastructure. NASA says DSCOVR will give us as much as an hour of time to shut things down in the event of a big flare.

The satellite will orbit from Lagrange point 1, or L1. It’s one of the five stable zones where the gravity of the sun and the gravity of Earth keep satellites and other objects orbiting in perfect sync. Anything occupying those points will stay fixed relative to the planet and the star it orbits.

Launch is scheduled for Sunday morning. The National Oceanic and Atmospheric Administration is running a liveblog of the proceedings, and NASA will be broadcasting the launch on its website.