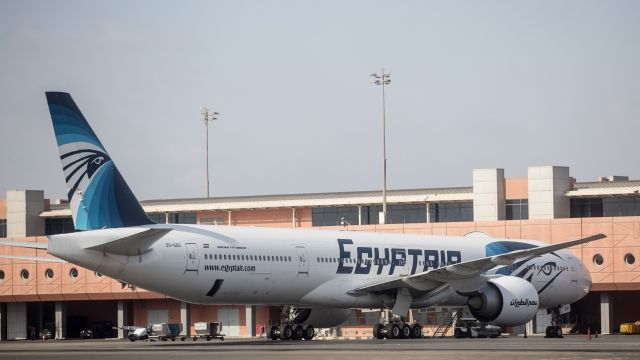 Investigators have found traces of explosives on some of the victims of the EgyptAir flight that crashed in May.

Egyptian investigators made the announcement Thursday. That's nearly six months after reports said information from the flight's black boxes and cockpit voice recorder indicated there was smoke and fire on board.

EgyptAir Flight 804 was traveling from Paris to Cairo on May 19 when it crashed into the Mediterranean Sea. All 66 people on board were killed. It took investigators a month to locate the wreckage.

Authorities previously said technical failure or a terrorist attack could have caused the crash.

Fifteen French people were on the flight. France opened a manslaughter investigation into the crash in June.

According to a French newspaper report in September, French investigators found traces of explosives on some debris. However, they alleged Egyptian authorities wouldn't let them investigate further. Egypt has apparently denied those claims.

No one person or group has claimed responsibility for the crash.

The crash came nearly seven months after a Russian Metrojet plane went down over the Sinai Peninsula. All 224 people on the flight were killed. Investigators found traces of explosives, and ISIS claimed responsibility for the attack.