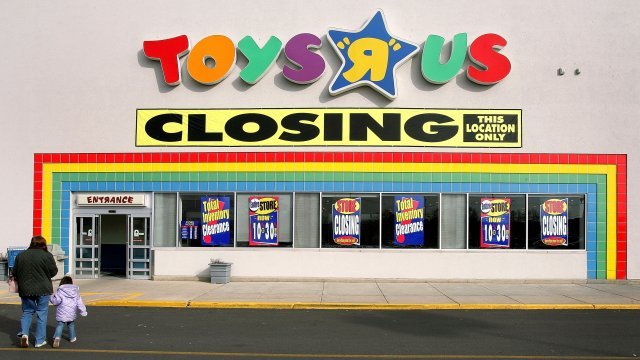 The company declared bankruptcy last year and hasn't turned a full-year profit since 2012.

Toys R Us confirmed Wednesday it will soon sell or close all of its U.S. stores.

Toys R Us hasn't made a full-year profit since 2012. It filed for bankruptcy in September with about $5 billion in debt.

It tried to make a comeback with updated sales strategies last year, but it was too little to late to keep the company afloat.

Toys R Us, which has been around for 70 years, probably can't return to its glory days. But there may be a glimmer of hope: If someone is willing to buy them, at least some Toys R Us stores could stay open.