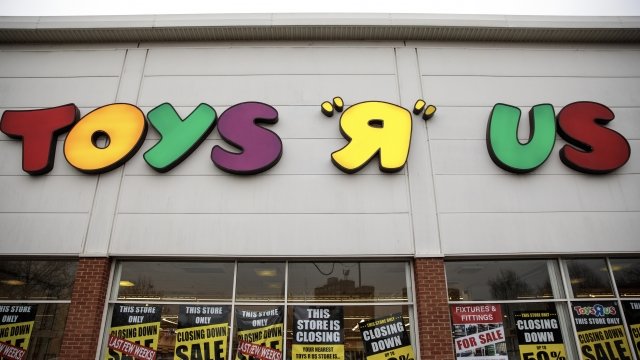 SMS
Toys R Us Is Reportedly Looking To Close All Of Its US Stores
By Ethan Weston
By Ethan Weston
March 10, 2018
The retail chain filed for bankruptcy in September and closed almost 200 stores in January.
SHOW TRANSCRIPT

Toys R Us is reportedly preparing to liquidate its assets, and it could shutter all of its U.S. stores as early as Monday.

That's bad news for toy companies like Mattel and Hasbro, whose stocks are already falling. The retail chain makes up about 15 percent of U.S. toy revenue and has a much more diverse toy selection than big-box stores like Target and Walmart.

Toys R Us was saddled with debt after a 2005 buyout. It was able to refinance for years, but it filed for bankruptcy in September. In January it closed 180 locations.