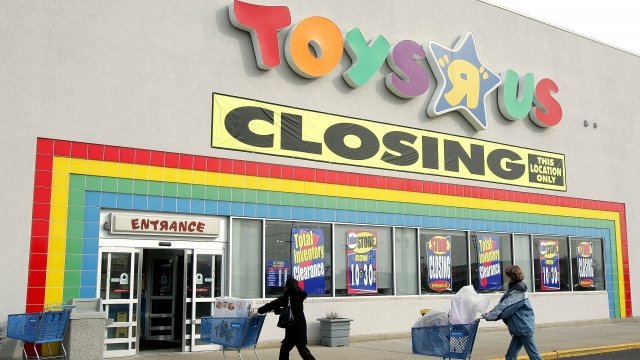 SMS
Toys R Us Could Close About 1 In 5 Of Its US Stores
By Katherine Biek
By Katherine Biek
January 24, 2018
The toy company revealed plans to close some of its stores in court documents it filed as part of its bankruptcy reorganization strategy.
SHOW TRANSCRIPT

Toys R Us could close as many as 182 of its stores across the U.S.

That's according to court documents it filed late Tuesday as part of its bankruptcy reorganization plan.

Toys R Us filed for bankruptcy back in September as sales dwindled and its debt increased.

In a message to customers Tuesday, the toy company's chairman and CEO said, "The reinvention of our brands requires that we make tough decisions about our priorities and focus."

CNN reports if Toys R Us ends up closing all 182 stores, that would be about a fifth of all its U.S. locations. The court needs to grant approval before any planned closures can happen. The toy giant expects store closing sales to start as early as February.