Toys R Us Could Close Soon, But It Probably Won't Affect Parents Much 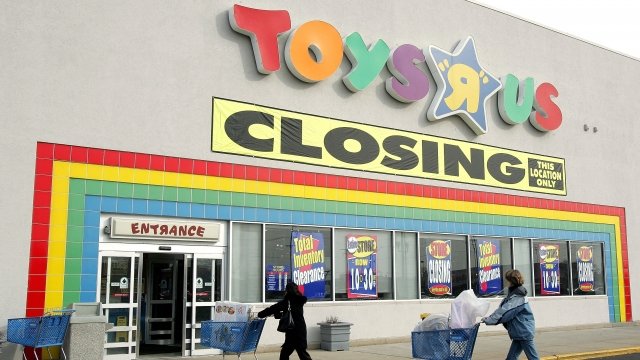 It used to be the place parents could go to treat their kids for a job well done, and to kids, it seemed like heaven on Earth.

Toys R Us could be closing up shop in the U.S. as early as the beginning of the week. But what does that mean for parents shopping for the next must-have toy? Well, one less place to shop — and that's about it.

In recent years, the toy retail giant has been losing tons of its customers to places like Amazon, Walmart and Target.

And a couple of companies, like Kohl's and J.C. Penney, have reportedly been expanding their toy departments as more Toys R Us stores close.

While the Amazons and Walmarts of the world have plenty of toys, the toy industry will still take a hit, since Toys R Us accounts for about 15 percent of U.S. toy revenue.