Toyota's Fines May Have Led To GM's Cooperation With DOJ 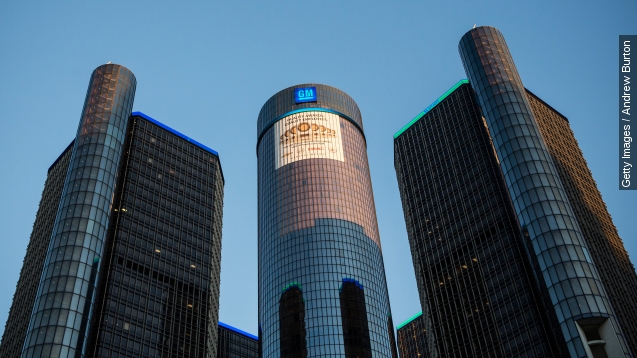 SMS
Toyota's Fines May Have Led To GM's Cooperation With DOJ
By Cliff Judy
By Cliff Judy
May 23, 2015
The New York Times reports the DOJ is negotiating a record settlement with GM, likely inspired by the stiff penalties we saw last year against Toyota.
SHOW TRANSCRIPT

The price will be steep and may even involve criminal charges, but it appears General Motors may be about to clear arguably the largest hurdle in its long-running ignition switch scandal.

The New York Times reports the Justice Department and GM are negotiating what's expected to be the largest ever penalty against an automaker, exceeding even Toyota's $1.2 billion settlement for concealing safety defects that led to fatal crashes. (Video via CBS)

The Times' sources say prosecutors also found criminal wrongdoing, so charges against former employees or even GM itself are also possible beyond the record fine.

The flaw in GM's ignition switches caused cars to unexpectedly shut down, along with safety systems like airbags. While an internal investigation by GM found one of its top engineers was aware of the defect and the supplier indicated a recall would be inexpensive, the engineer declined to call for one. (Video via ABC & WXYZ)

"DeGiorgio even signed his name on that 2002 email as Ray (tired of the switch from hell) DeGiorgio," WXYZ's Heather Catallo said.

Since the defect came to light, GM's negotiations and public relations tactics have differed significantly from Toyota, which fought prosecutors. (Video via CCTV)

"Toyota confronted a public safety emergency with as if it were simply a public relations problem," Attorney General Eric Holder said in March 2014.

When Attorney General Eric Holder announced the record penalty against Toyota in March 2014, many interpreted it as open season on automakers caught doing wrong.

As a writer at Forbes put it, the Toyota settlement "ought to send chills through the halls" of GM.

And it looks like it did. New CEO Mary Barra fell on the proverbial sword, getting grilled at a Senate hearing less than two weeks later. The company has taken a much more apologetic PR tone than Toyota. (Video via WXYZ)

"We will not let it ever happen again," Barra said in a March 2014 GM video. "We will learn from this and we will be a better company."

The New York Times reports it's unclear if prosecutors will make GM plead guilty to a crime. The defect is tied to more than 100 deaths, and the company still must face several wrongful death and injury lawsuits from victims once a DOJ settlement is reached.