Toyota Has Issued A Recall Over Air Bags That Randomly Inflate 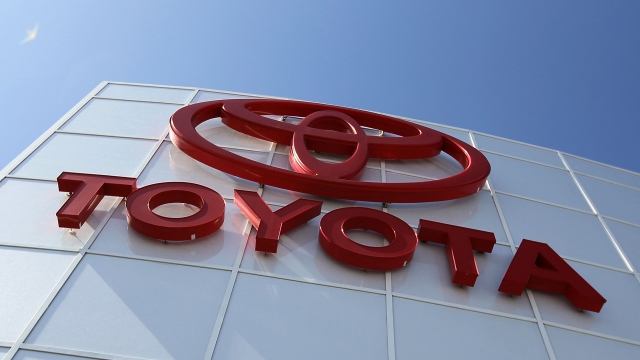 SMS
Toyota Has Issued A Recall Over Air Bags That Randomly Inflate
By Ben Lawson
By Ben Lawson
June 29, 2016
The air bag inflators can crack and cause the bag to expand, which might send shrapnel flying. Another Toyota recall involves leaky fuel tanks.
SHOW TRANSCRIPT

Toyota is recalling 3.4 million vehicles worldwide for separate issues involving a leaky fuel tank and air bag inflators that could could potentially cause injuries.

The fuel tank issue is the larger of the two, with nearly 2.9 million vehicles affected, including Prius and Corolla vehicles. The fuel tank could crack and cause leaks when it's full.

The air bag recall affects Prius and Lexus CT models made between 2010 and 2012. An air bag inflator could crack and cause the air bags to expand. The inflator itself could also enter the vehicle and cause injuries.

Toyota's air bag problems are unrelated to the Takata air bag recall that involved 60 million vehicles in the U.S. Takata's recall has been connected to 14 deaths and 100 injuries.

Toyota said it isn't aware of any injuries or fatalities related to these most recent flaws.

This video includes clips from Toyota and CBS and images from Getty Images.