'Toy Story 4' Heads To Half A Billion Box Office Dollars 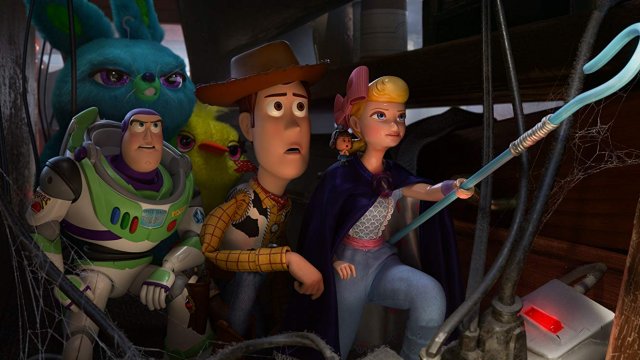 Holding on the No. 1 spot for the 2nd week in a row is "Toy Story 4" bringing in an estimated $58 million in its sophomore weekend. As to be expected, Pixar has the perfect formula to break the franchise fatigue moviegoers have been experiencing this summer.

While films like "Dark Phoenix" and "Men in Black: International" have struggled or outright flopped at the box office, "Toy Story 4" is still bringing in the kind of box office numbers Walt Disney is used to.

"Toy Story 4" had the best domestic opening of the franchise and after just two weekends in theaters it's made nearly half a billion dollars worldwide.

As for what Pixar's box office formula is, well making a really good movie, can't hurt.

And if you combine the domestic debut with the overseas box office dollars "Annabelle Comes Home" is well past profitability.

Last but not least this week is yet another new box office release — "Yesterday" brought in a better than expected $17 million in its first weekend out.

Not-so-fun fact, of the top 10 films at the box office right now, "Yesterday" is the only one that is not a sequel, spin-off, reboot or biopic.

So even though I haven't seen this film, bravo to Universal Pictures for at least that.

As for next week, Marvel's world domination continues.