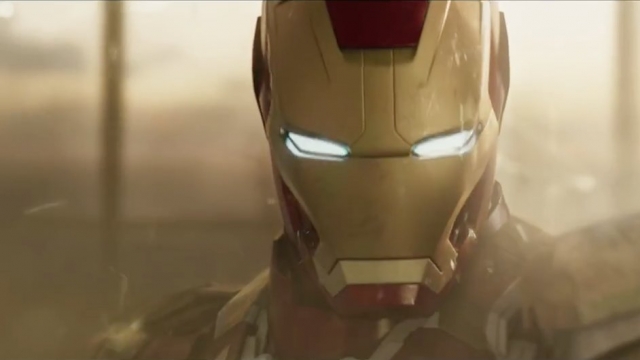 SMS
Toy Sales Kept An 'Iron Man' Movie From Casting A Female Supervillain
By Ryan Biek
By Ryan Biek
May 17, 2016
The director of "Iron Man 3" says the original script had a woman as the lead villain but concerns about toy sales changed that.
SHOW TRANSCRIPT

According to the director of "Iron Man 3," the movie's original female villain was switched to a male out of concerns over toy sales.

In an interview with Uproxx, director Shane Black said, "We had finished the script and we were given a no-holds-barred memo saying that [a female villain] cannot stand and ... we've decided that toy won't sell as well if it's a female."

It's speculated Rebecca Hall would have been the one to play a riff on Dr. Aldrich Killian, the movie's main villain.

But Black says the script was changed soon after the memo, and ultimately Guy Pearce was cast instead.

Black tiptoed a fine line during the interview, but many are wondering if Marvel's CEO Isaac Perlmutter, who has a background in toy sales, forced the gender swap.

"Iron Man 3" debuted in 2013. Fast forward to 2016, and it's hard to think of a Marvel female villain in a starring role, and few films have focused solely on a female superhero.

Marvel's president did tell Deadline this month that the studio is interested in making a solo movie for the Black Widow.