Tourists Trashed This Thai Island, So The Government Shut It Down 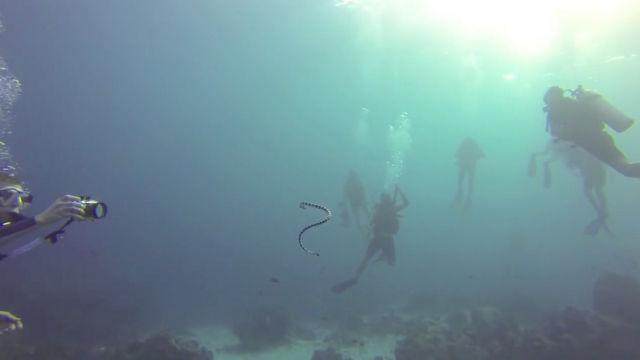 SMS
Tourists Trashed This Thai Island, So The Government Shut It Down
By Melissa Prax
By Melissa Prax
May 18, 2016
Thailand's island of Koh Tachai will be closed to tourists because waves of visitors were hurting the island's ecosystems.
SHOW TRANSCRIPT

Paradise is about to be off-limits — at least on Thailand's Koh Tachai island.

And you can blame too many tourists. The government said all the visitors are taking a toll on the island, which is part of a national park.

In March of last year, bar owners were told to shut down their taprooms and tourists were limited to 200 per day to protect the island.

Before that, about 1,000 tourists were visiting Koh Tachai and another nearby island daily.

And they were bringing trash and leftover gas from boats with them. That litter was destroying reefs and the ecosystems on the island.

But some of the tourism companies that thrive on the island's diving and beaches aren't getting the hint. Some companies are still selling packages for after the island's Oct. 15 close date.