The Great Barrier Reef Is Dying, And Tourists Are Rushing To See It 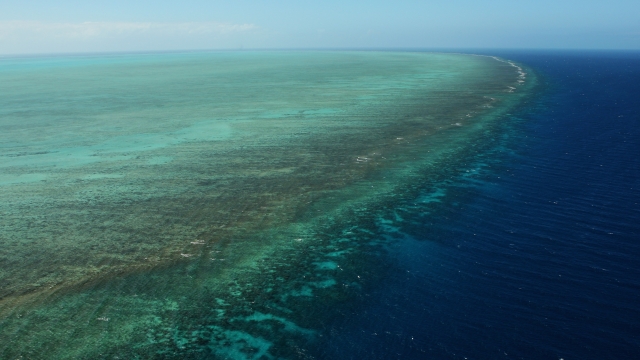 SMS
The Great Barrier Reef Is Dying, And Tourists Are Rushing To See It

By Briana Koeneman
September 12, 2016
Almost half of the reef's coral has vanished over the past three decades.
SHOW TRANSCRIPT

The Great Barrier Reef is dying. And tourists from all over the world are rushing to see it while there's still time.

Nearly 70 percent of people who visited the reef in 2015 said they made the trip to Australia to witness its beauty before it's gone.

Almost half of the reef's coral has vanished over the past three decades, thanks to warming ocean temperatures, invasive species and coastal development.

And this year, it suffered the worst coral bleaching in recorded history. One study estimated over 90 percent of the reef has been affected.

The Australian government thought the reef's dire state would drive tourists away, but it's done the exact opposite. That's great news for the multi-billion-dollar tourism industry — but it could be bad news for the reef itself.

This phenomenon is called last-chance tourism, and it happens all the time at vanishing destinations, like the Maldives and Galapagos Islands.

Researchers fear it could make the reef's plight even worse.

One of the study's authors wrote in The Conversation, "There's a vicious cycle at play here: tourists travel to see a destination before it disappears, but in so doing they contribute to its demise, either directly through on-site pressures or ... through greenhouse gas emissions."

But a reef scientist told Motherboard the impacts of tourism are actually "overwhelmingly positive."

"The greater the value of Great Barrier Reef tourism, the easier it is to justify government investment in reef management."

It looks like the reef might already be seeing those positive effects. A new video from early September showed at least part of the reef has almost fully recovered from coral bleaching.