Touring Jefferson's Monticello — With A Descendant Of Sally Hemings 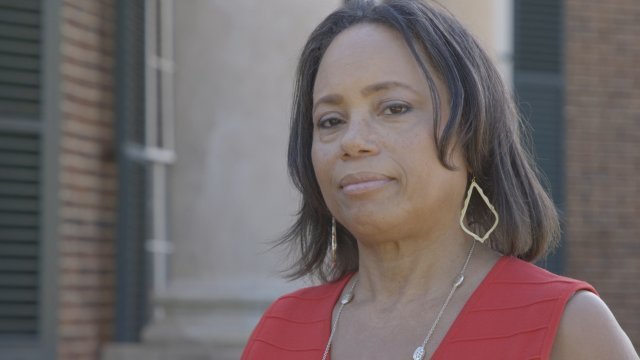 In June, Monticello opened an exhibit specifically dedicated to the life of Sally Hemings —  the enslaved woman who mothered six children with Thomas Jefferson.

Gayle Jessup White is Monticello's community engagement officer and a direct descendant of Thomas Jefferson and the Hemings family.

"This is my ancestral home; my people built this place. Thomas Jefferson owned this place. He also owned my family. These are all my people," White said.

"What's happening here at Monticello is groundbreaking in that we are telling stories not just about Thomas Jefferson and his family, but about the families he enslaved and the labor they put into building this place and how that represents the work that African-Americans put into building the United States of America. American industry, Americans' industrial strength was built on the backs of free labor. Those stories are essential to share with all. You need to know what black people did to build this country," White said.

Archaeologists recently restored what is believed to be Sally Hemings' living quarters, located just steps away from Jefferson's bedroom. For decades, historians and descendants of Jefferson denied the relationship between Hemings and Jefferson. In 1941, the room that now houses her exhibit was turned into a bathroom for Monticello guests.

But as part of a five-year restoration plan dubbed The Mountaintop Project, Hemings' living quarters, Mulberry Row (where Jefferson's slaves lived) and several other parts of the estate have been restored to give visitors a better picture of what life was like on Jefferson's plantation.

"This is a beautiful place, but a lot of pain also happened at this place," White said. "What we cannot dismiss ever is Thomas Jefferson's influence on America and on the world. And we must also understand the stories of the people who supported him, who contributed to him, who made it possible for him to do all the work that he did."

White continued: "That's why it's important to understand this history, because that's what happened — we worked together. Even though people were oppressed, treated unfairly, treated brutally, we still got the job done, didn't we?"