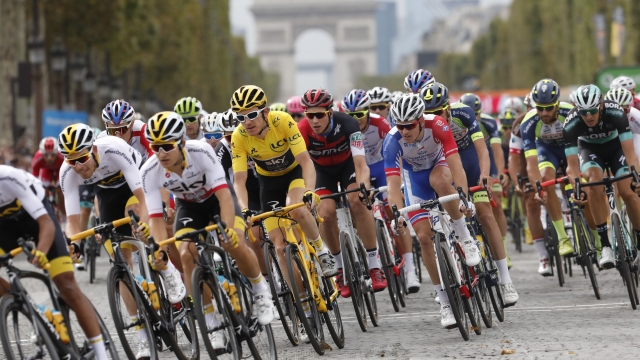 SMS
Tour De France Postponed Until August Over Coronavirus
By Katherine Biek
By Katherine Biek
April 15, 2020
The three-week bike race had previously been scheduled to start in Nice on June 27 and end in Paris on July 19.
SHOW TRANSCRIPT

Cycling's most prestigious race has been postponed over the coronavirus pandemic.

The sport's governing body announced the Tour de France will now begin on Aug. 29. The three-week bike race had previously been scheduled to start in Nice on June 27 and end in Paris on July 19.

The UCI said, "Holding this event in the best conditions possible is judged essential given its central place in cycling’s economy and its exposure."

It can pay well to participate in the Tour de France. Race teams can reportedly earn as much as 70% of their global revenue through sponsorship for this one event.

The rescheduling of the race comes as all of France is currently under lockdown in an effort to stop the spread of COVID-19.

While French President Emmanuel Macron said he hopes to start easing some coronavirus restrictions in May, large-scale gatherings in the country like festivals and sporting events will still be banned until mid-July.