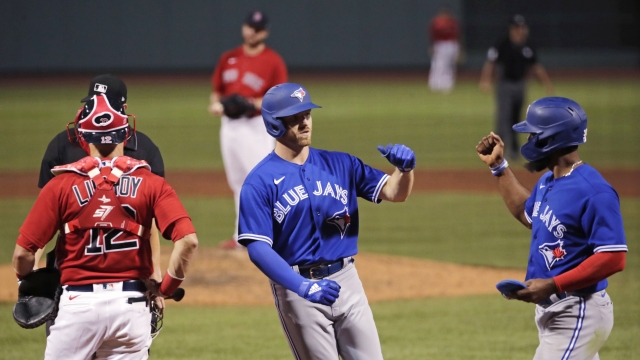 The Toronto Blue Jays are still looking for a home game site for the 2020 Major League Baseball season.

Team managers for the Blue Jays and the Pirates reached an agreement to share the PNC Park stadium for 28 of the Blue Jays' 30 home games, but on Wednesday, Pennsylvania state officials did not approve the temporary move.

The Canadian government previously told the Blue Jays they could not play home games at their own ballpark amid the coronavirus pandemic. Government officials were concerned about players traveling back and forth from the U.S., where COVID-19 cases and related deaths are surging.

The Blue Jays' team management was considering playing home games at a spring training facility in  Florida or a Triple-A affiliate ballpark in Buffalo, New York. But Florida has been a virus hot spot, and players said they wanted to play in a major league facility.

The team is scheduled to play two home games at Nationals Park in Washington, D.C., where the Blue Jays will face the Washington Nationals on July 29-30. The team will already be in D.C. since it's also playing two road games against the Nationals next week.

The Blue Jays kick off their season in Tampa Bay this Friday against the Rays.