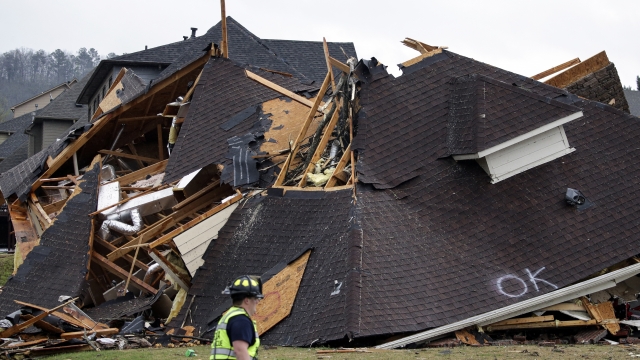 Parts of the South are waking up to the destruction left behind after severe weather battered the region.

The strong storm system that brought a series of tornadoes ripped through Alabama yesterday. At least five people died in the eastern part of the state. The winds flattened homes and knocked down trees and power lines.

The National Weather Service believes as many as eight tornadoes might have hit Alabama.

Another tornado swept through a county just southeast of Atlanta overnight. No injuries have been reported. Police in the area asked people to stay off the roads so emergency officials can take a look at the damage.